Skip to content
I have never understood Maybach–the cars were ugly to begin with and never got better looking, they fare poorly when compared to other super-high-end luxury vehicles, they are ludicrously (or do I mean Ludacris-ly?) expensive…did I mention they were ugly?  If you want the best luxury car in the world, why not just buy a top-end S-Class?  Actually, most people who could afford it were doing just that, so with apologies to all the rappers who put Maybachs in their videos, Mercedes is killing off the brand in 2013.  Still, a crowd of sheeple stood around snapping cell-phone pictures of the Maybach sitting behind waist-high glass on the outer rim of Mercedes’ square footage.  Sigh.Far more interesting in Mercedes territory were the new SL, the SLS AMG convertible, and the world premiere of the E300 BlueTec Hybrid. 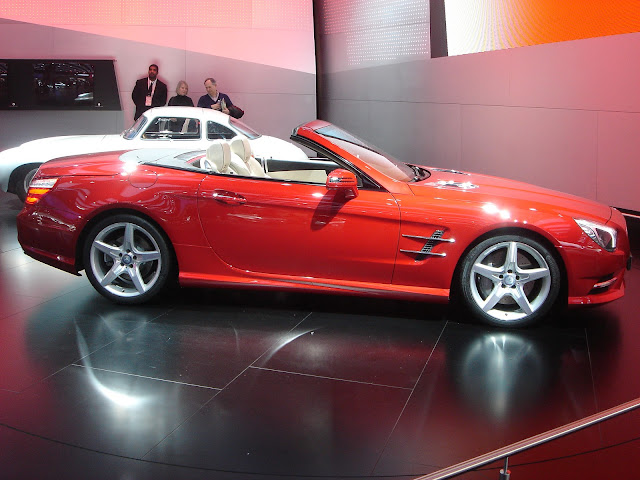 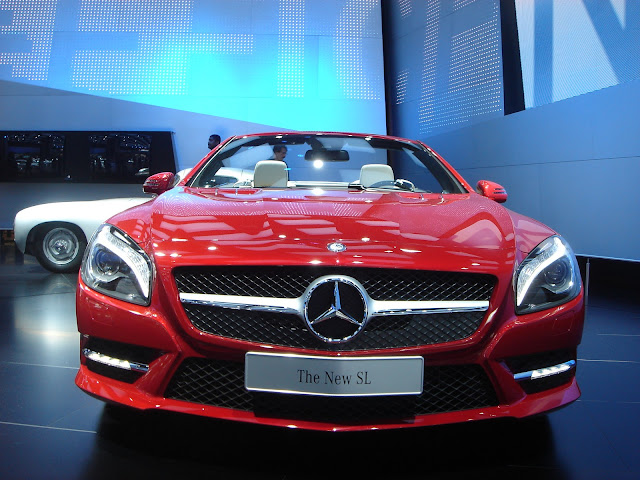 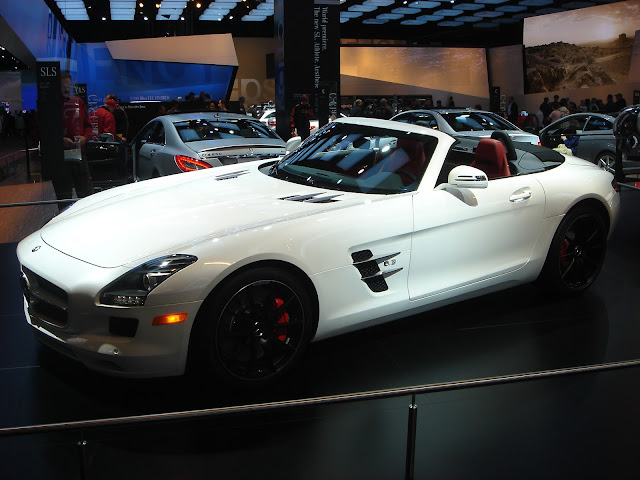 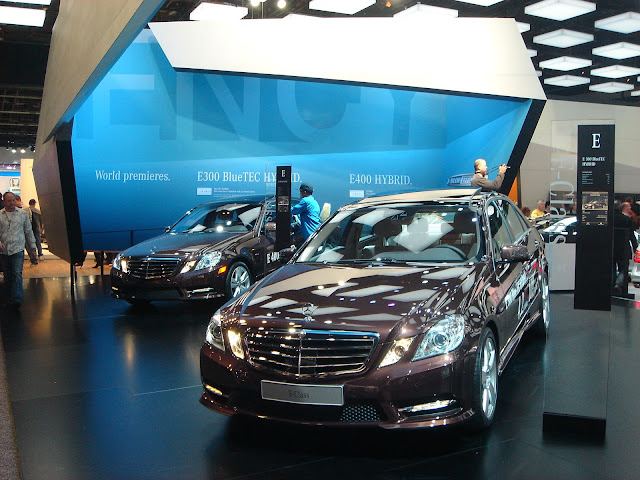 Robert Cumberford, design editor at Automobile Magazine, ripped the new SL’s exterior design in a recent review.  He was right to.  At first the car is visually striking as a whole, but as you continue to look at it. all kinds of questions pop up regarding the individual details.  Why all those creases around the nose?  Why the two-way slashes below the doors?  Why does the car seem so much longer than all SLs before it?  Why does it appear as if the rear end is grasping vainly for the ground to avoid floating away?  The SL has always been a good car and indeed a strong Mercedes halo vehicle; surely the designers with the three-pointed stars on their shirts will soon stop deriving the SLS AMG and make the SL itself again.

Speaking of the SLS AMG…I think it’s an engineering achievement.  I respect it.  The convertible is even pretty nice-looking, even if you must forego the unique gullwing doors of the coupe to get it.  But I don’t want one.  Too much hood, too much noise, not enough grip.  There are a lot of topless touring cars out there that seem like they’d be much more of a pleasure to live with.

Now, a Merc I would want is the E300 BlueTec Hybrid.  First, it’s diesel-electric, so it’s basically a road-going World War II submarine (the Germans are quite good at those, if you’ll recall).  Second, it’s got a two-liter four-cylinder diesel and a 20-kilowatt electric motor that when combined produce over 500 lb-ft of torque (the engine does 369 lb-ft by itself!).  Third, once highway speed is reached, the diesel disengages from the driveline and shuts down.  Thusly, you enter “sailing” mode, whispering along on kilowattage only to the tune of 67.2 miles per gallon.

Note: Porsche already did “sailing” mode with the Panamera Hybrid, which is cooler because it came first.  It is also not as cool because it is gas- and not diesel-powered, and its looks are, uh, somewhat polarizing.

Speaking of cool, the E300 is too cool for the States.  We must make do with the E400, which has a 306-hp gas-powered V6 and the same 20-kilowatt electric motor.  It gets 27 mpg.  Excuse me while I repeatedly slam my head into my desk.